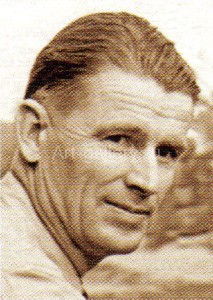 Alexander Alexandrovich Philbert (1911-1996) — famous Soviet and Ukrainian painter and teacher. In 1931-1939 he studied at Kyiv art Institute under the guidance of Professor F. G. Krichevsky. For the thesis was immediately accepted into the Union of artists of the USSR. After graduation, he moved to Lugansk, where he became a teacher of special disciplines, Luhansk art College. Is the founder of the realistic school of art of the highest level. Has lots of students that have received the title of honored and people’s artist of the USSR (Ukraine). Created the first in the Donbass (including the Donetsk and Luhansk region) branch of the Union of artists of the USSR and for many years was in charge of it. In 1957, he acted as the delegate of the 1st Congress of Soviet artists. Paintings were exhibited more than 50 international and domestic exhibitions. In the late 1990-ies in Lugansk was opened the memorial Museum of the artist.